Guest Blogger, Allison Pang: From 30,000 Words to a Three-Book Deal 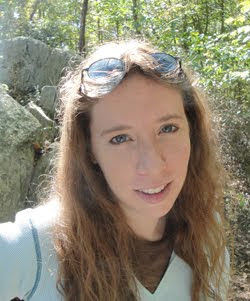 I was standing at the ticket counter for United Airlines last April, getting ready to attend my first Romantic Times conference, when the airline rep asked me where I was headed. I remember giving her this sort of self-deprecating smile and telling her that I’d written a book, and was going to a writer’s conference. And then I kind of had to laugh at her comment:
“Yeah, I’d like to write a book one day. Maybe in my spare time.”
After all, most of us who write know there is no such thing as spare time. In fact, if you wait for such a mysterious animal to appear, the chances of you actually writing anything are pretty much nil. Try telling that to a non-writer, though, and see how far that attitude gets you.


It was nice to tell someone that I’d written a book, but the details I hadn’t told her were really the important ones. Like the fact I’d only finished my rough draft a week before. Or that in January I only had about 30,000 words written of my first manuscript, Shadow of the Incubus. But if I was going to spend the money to go to a conference, I’d be damned if I didn’t have something to pitch.
So somewhere between January and mid-April, I gave up the excuses as to why I couldn’t write. I stopped using my kids, my job, and my schedule as reasons why I wouldn’t succeed and forced myself to crank out at least 1,000 words a night. And in the end, I did it.
I finished the draft with 102,000 words, I made it to the conference, and I pitched to two agents and an editor, all of whom asked to see either a partial or a full manuscript. Of course, that was the rub – the manuscript certainly wasn’t polished enough to send out. So immediately after the conference I spent several weeks editing and revising and sent it off to the agents, so full of hope and pride and utterly confident that I’d knock their socks off.
And of course, I got rejected.
Nicely rejected, but rejected nonetheless. So I went back to the drawing board, sent it out to a few beta readers and let them pick it apart. And they all had very similar things to say about that first chapter or two. 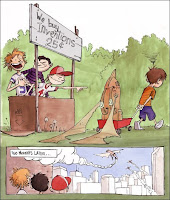 Now, I had quite the history with that first chapter. The year before, when I first started writing, I came up with the premise and started letting people look at it. Which would have been great, except I allowed myself to be pulled in so many different directions that I lost all sense of my voice. Upon some excellent advice, I attempted to rewrite it yet again, but this time I stuck to my instincts and told it the way *I* wanted to tell it, Goal-Motivation-Conflict be damned!
My beta readers deemed it “Good.”
It was time to start working on my query letter and sending it out to agents. I got more rejections, so I decided to try my hand at contests. And the truth was that I didn’t really care so much about winning. My objective was merely to final, in the off-hand chance that a judging editor or agent might request to see more. I entered a LOT of contests, with varying degrees ofsuccess. People either loved my story or hated it.
It’s the sign of a strong voice, said the betas.
So I persevered, and eventually won three contests, one of which netted me requests from both an agent and an editor. In the meantime, I was refining my query letter and getting still more rejections, although I eventually ended up with two more requests for fulls.
In November, I got a phone call. A contest editor wanted to make an offer.
Excited, I hastily contacted all the agents who had my full and gave them the news. All three made offers of representation, but with the caveat that regardless of the editor, we would be going out on submission.
It was a tough spot to be in, and an even tougher decision to make. All three agents were brilliant, but it was difficult to think about turning down an offer on the table, to think I might be giving up my chance to see my book in print.
But I did.
In the end, I had to weigh what I wanted now versus my long-term goals. And I realized that I don’t just want to be published – I want a career as an author. And sometimes risks must be taken, even if they fly in the face of what seems like the obvious decision.
So I signed up with an agent, Colleen Lindsay of FinePrint Literary Management. She gave me some revisions. Just little ones. In fact, the only thing I had to do was take out too many references to the word “bacon.” (Turns out sometimes I can take a running gag too far. Who knew?) In the meantime, Colleen was contacted by an editor who had seen my manuscript as part of that same contest request, and she expressed interest in acquiring it.
We immediately put it out on submission. 36 hours later we had our first official offer. This, of course, led to a flurry of activity - and many sleepless nights on my part- as my agent contacted the rest of the editors who were taking a look to let them know we had movement. Two weeks later, I had several more offers and my agent took my manuscript to auction.
I was a nervous wreck as the phone calls and emails poured in from Colleen, letting me know who was interested, what they wanted to offer, and when we had to let them know by. She also wanted to know if I’d be interested in speaking with the editors. After all, I could potentially be working with one of them for several years, and it made perfect sense to feel each of them out.
Not being an idiot, I said yes. I took a day off from my job and hammered out the phone calls and listened to what they had to say. Again, it was a wretchedly difficult decision. Everyone was enthusiastic and friendly and willing to work with me on the points I felt were most important to the story.
But in the end it all boiled down to that last phone call from Colleen at 4:30 PM on the day of the deadline. “You’ve got a decision to make,” she told me. “And you need to tell me in the next 15 minutes."

So I sucked in a breath and told her my choice, and now I have a three-book deal with Pocket Books.
It scares me to death in some ways. But it’s also very full of win.
In the span of less than a year, I finished my novel, got an agent and signed a publishing contract – well, the actual signature part is still to come, but I’ve got deadlines! Whether this was the culmination of skill or timing or just dumb luck on my part, I’ll probably never know.
What I do know is that I have no spare time at all.
And I’m utterly grateful for it.

About the blogger: A marine biologist in a former life, Allison Pang turned to a life of crime to finance her wild spending habits and need to collect Faberge eggs. A cat thief of notable repute, she spends her days sleeping and nights scaling walls and wooing dancing boys....Well, at least the marine biology part is true. And she was taloned by a hawk once. She also loves Hello Kitty, sparkly shoes, and gorgeous violinists. She spends her days in Northern Virginia working as a cube grunt and her nights waiting on her kids and cats, punctuated by the occasional husbandly serenade. Sometimes she even manages to write. Mostly she just makes it up as she goes. Check out her blog at http://mynfel.blogspot.com/.


Thanks for joining us at Reading Between the Lines, Allison!
If you or anyone you know would like to guest blog for RBtL, please inquire via e-mail.
Posted by Danielle at 3:51 PM

Reading Between the Lines

Promote Your Page Too